Onychomycosis, is a fungal infection that affects either the fingernails or toenails. Fungal infections normally develop over time, so any immediate difference in the way your nail looks or feels may be too subtle to notice at first.
A fungal nail infection occurs from the overgrowth of fungi in, under, or on the nail. Fungi thrive in warm, moist environments, so this type of environment can cause them to naturally overpopulate.

Fungi that are already present in or on your body can cause nail infections. If you have come in contact with someone else who has a fungal infection, it may have spread to you .Fungal infections affect toenails more commonly than fingernails because your toes are usually confined to your shoes, where they’re in a warm, moist environment.
If you get a manicure or pedicure at a nail salon, be sure to ask how the staff disinfects their tools and how often they do it. Tools, such as emery boards and nail clippers, can spread fungal infections from person-to-person if they’re not sanitized.

You’re more likely to develop a fungal nail infection if you:

Nail infections occur more often in men than in women, and the infections are found in adults more often than in children. If you have family members who often get these types of fungal infections, you’re more likely to get them as well. Older adults are at the highest risk for getting fungal infections of the nails because they have poorer circulation and their nails grow more slowly and thicken as they age.

Visible signs of a fungal nail infection include: 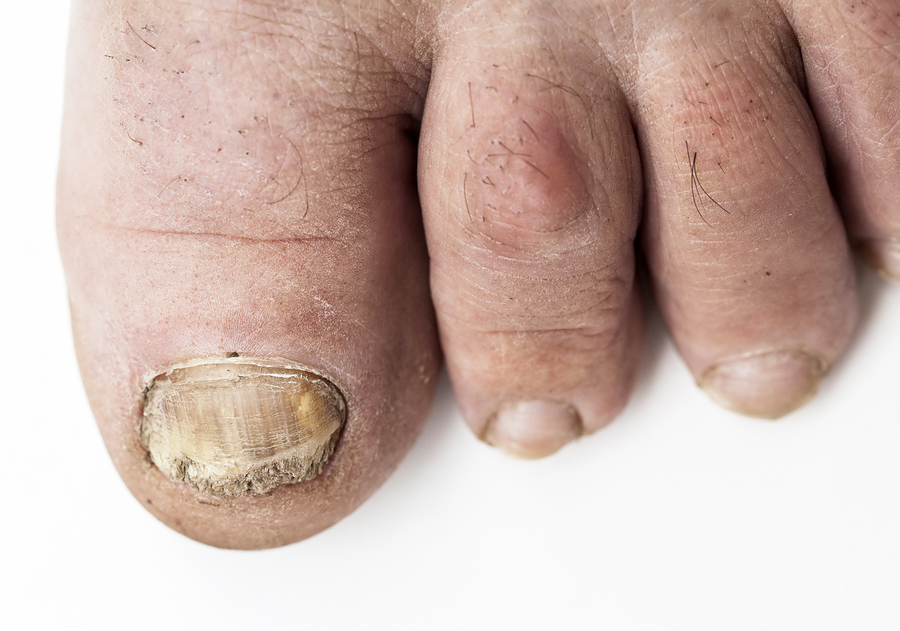